Listen people, you know the deal… do NOT sleep on Windows96!


What is cookin’, what is poppin’ it is ur boi Pad Chennington and today, let us stroll through the latest release in the ever-growing collection of mystic, musical landscapes with “Enchanted Instrumentals and Whispers”, the new and sudden release dropped by Vaporwave titan “Windows96”.

Known for layered production through a multitude of practices, whether that’d be with some fun and nuance sampling methods or organic instrumentals and keys, Vaporwave artist Windows96 has become a fan favorite due to an organic approach and appreciation for what they personally strive to create; the dude likes to make some hearty, meaty music. In my opinion, I find each and every release that the killer puts out to simply outshine the previous one in regards to the dedication put into creating something wholesome, and that’s a tough feat to do when your discography consists of classics like Gradient Horizont and 100 Mornings.

“Enchanted Instrumentals and Whispers” dropped in late April of this year, I was getting back from the gym the day of its release and was ready to give it my undivided attention with some proper headphones and have it accompany me as I wrote a script for an upcoming video on the channel. This was definitely the next big release for 2019, and I was excited to dive into something special that could sit atop the Vaporsphere with other climatic releases this year like Dan Mason’s Hypnogogia and Advanced Memory Suite by FM Skyline. 2019 has been a revolutionary time for the genre to say the least; releases are crafted with the horse blinds on and artists are doing everything they can to break from the norm and establish their own, signature sound in a genre that many find has fallen stale due to the abundance of producers trying to replicate the same tropes done for years now.

And I’m super happy to say “Enchanted Instrumentals and Whispers” has done just that, the album drives far from many traditional “Vaporwave” tendencies. You will not find your upfront, crooning sample chops or fuzzy VHS textures on here, but instead this instrumental blend of Vaporwave/Synthwave/Ambient sounds that seems to be a big theme so far in 2019, the range makes for this chill-aesthetic that combines a bunch of different sound styles allowing albums like this one to become something you can look forward to revisiting long after your first listening adventure. Each time you re-listen to the album you will have an opportunity to focus on a different sound, aura, or instrument; some excellent replay value with this baby. I like to think of it as a buffet of sounds to satisfy any current musical taste you are in, and you know I’m always hungry so if this is doing the job for me I know you are going to absolutely love it.


Instrumentally speaking, EIaW is pretty on-par with Windows96 last release, 100 Mornings, but this time I find the tracks to sound way more breathful and sprightly. Having this characteristic creates potential for personality and range throughout the entire tracklist where as 100 Mornings had songs built to sound very sharp, shiny, and polished in it’s mixdown entirely (a very streamlined approach, definitely fun in it’s own light but can get pretty over-cooked by the time you get to the end of the album). For those who loved 100 Mornings, you are in for an refreshing treat as this will easily satisfy your desire for a proper follow up all while maintaining its distance to become a release of its own.  “Enchanted Instrumentals and Whispers” is simply more alive than 100 Mornings or anything else put out by the eclectic producer.

ElaW is is one of those special albums that can stick around for a little bit due to the unique musical composition and an album artwork you won’t forget... A blast of color, jagged shapes and soupy-lookin’ paint strokes has never looked so delightful. Any longtime fans of Vaporwave, especially Windows96, will get that initial hype feeling of “Wow, okay this is a classic” within minutes of unveiling the opening tracks to your ears.

“Enchanted Instrumentals and Whispers” has a very airy, open, expansive vibe to it, it sounds like you are afloat a light purple colored ocean and seagulls are replaced by friendly spheres and other fun shapes making you feel at home and comfortable. Eerily tropical, you will find a lot of these steel drum melodies rockin’ over some coasting drum loops, peppered with some curious synth keys that tend to tumble all over the place making moments throughout the album sound super rich, natural, sporadic and lively. Nothing on here is ever really “clean cut” in a production sense, a lot of smokey, washy sound effects and textures to pump out this moody little attitude that tends to bleed into the upcoming measure whether it’d be a synth with some heavy delay or reverb or a jumble of jingles that last just a little too long. Keyboard leads also tend to have these quirky solos that can get pretty lengthy, I really can’t remember one instance on the album where the volume just drops or something just abruptly ends / get’s halted for some sort of dramatic effect. The album is constantly calming all while at the same time being an always on the move journey that somehow still makes you feel homey, hooked, and in control no matter what part you are up to in its just short of 40-minute run time. 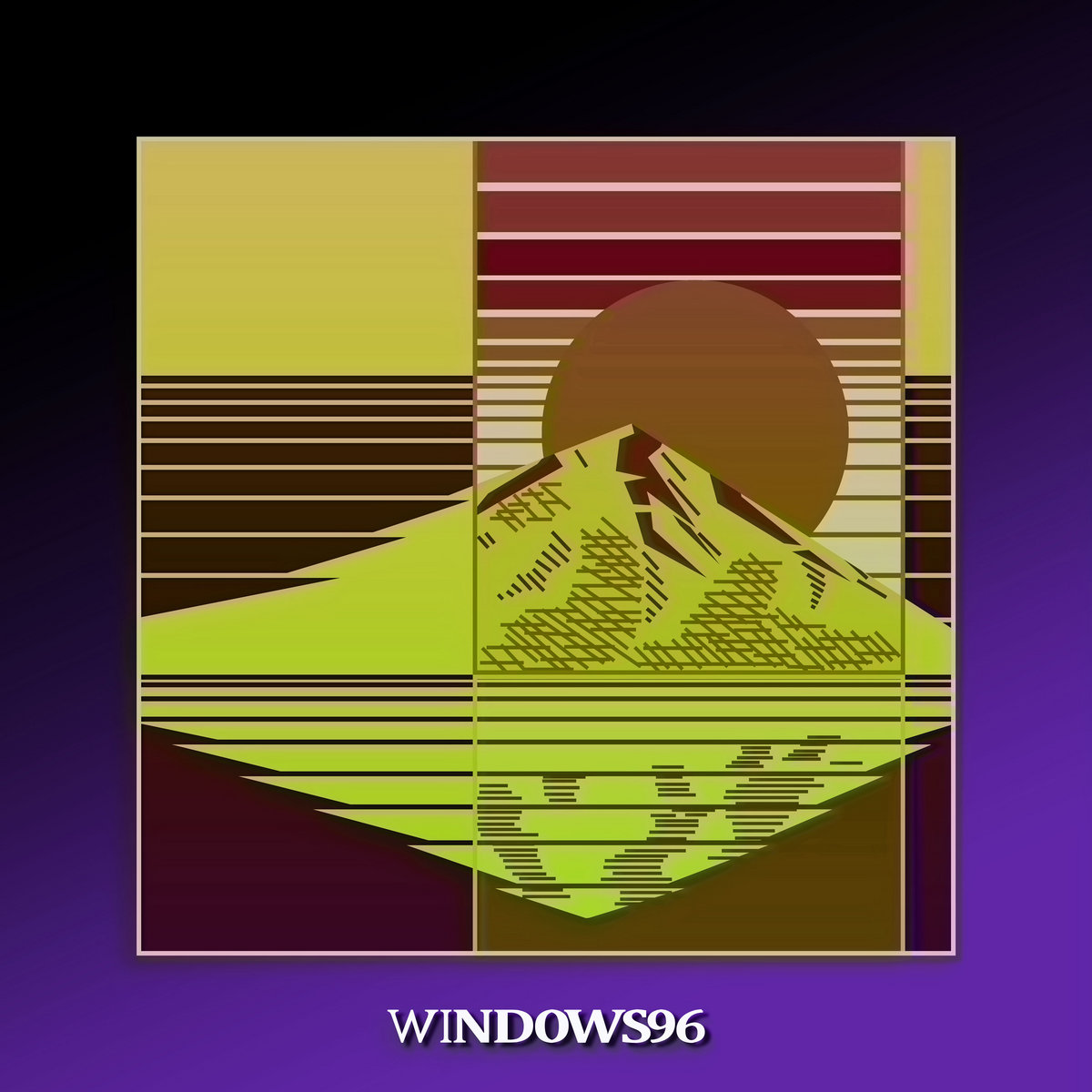 If Windows96 hasn’t already became a cemented name in the Vaporwave world with Gradient Horizont and 100 Mornings,  “Enchanted Instrumentals and Whispers” has definitely done the job in solidifying that. For something that is simply what it states to be, a collection of enchanted instrumentals and whispers, this thing has breathed even more life into the super exciting renaissance of Vaporwave music we have all seen so far in 2019, and I can not wait to see what comes out next.